DAD OF THE YEAR

Here's a story courtesy of Pierre Boucharenc. Thanks Pierre!
Check out this specialized 4RT sidecar!
The google translation isn't quite spot on but bear with us.

It is the story of a man (Didier Wagner) who gives all his love to his son Phileas (17), was born handicapped. This man does everything for his son lives normally and know a maximum of joy despite his disability.
Didier Wagner, former trialist had the idea to built a sidecar trial by another great man, Eligio Simonet. The big heart of Eligio has done a good before such a project. 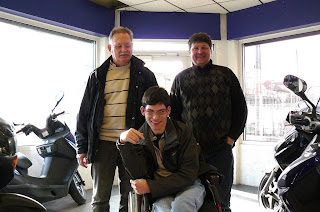 Project culminated today (20/02/2010), here sidecar of Phil, pleased the boy because "he is not afraid of anything" according to him. 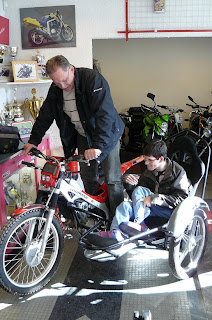 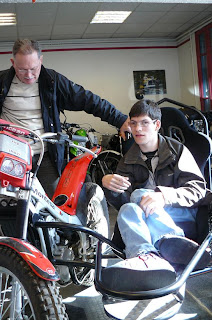